From the low-rise jeans of the noughties to the nineties’ bomber jackets, the decade we find ourselves in is certainly inspired by it’s foregoers. With the best bits of the past being reintroduced into the modern world, it was only a matter of time before the swinging sixties’ glamour crept back in.

Enter: the 60s eye makeup. The staples? Think cut-creases, pastel colours, and lashes for days. That’s right, exactly the look that’s filling our feeds at the moment. If you’re fond of the TikTok trend set by Arianna Grande’s recent 60s themed album cover, keep reading to discover how to do 60s eye makeup.

How to get the 60s Twiggy mod eye makeup look

We can establish that Arianna Grande was not the original initiator of this trending look, so who was? The answer is British cultural icon, Twiggy. Twiggy and her companions were part of a London subculture of stylish youth, known as the Mods. Short for Modernists, the Mods used fashion to express their independence and freedom. 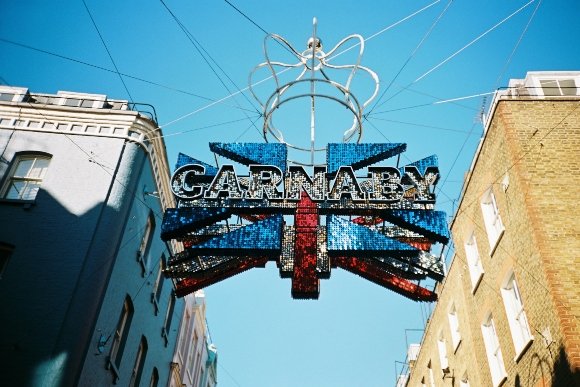 A style which combined androgyny and elegance, Twiggy paired her cropped hair with doll-inspired makeup which would soon become the look of the 1960s Mod. The main feature of this iconic look was Twiggy’s eye makeup. With Generation Z mirroring the self-expressive trait that the Mods sported back in the 60s, it’s no surprise that the boldeye makeup of the 60s has caught on so well. Here’s how to do the 60s eye makeup look that everybody’s talking about over fifty years later.

With understated brows and a natural lip, the attention was always on Twiggy’s eye makeup, typically consisting of thick lashes and a contrasting cut crease. 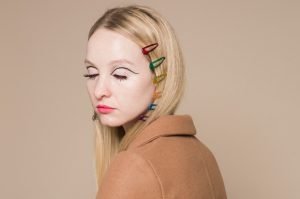 1. Cover the base of the lid in a white eyeshadow. You can use the Celestial white shade of the Eyeko Limitless Eyeshadow Palette for this. Simply swipe the pencil across the lid and blend the color out using your finger.

2. Trace the water line of your eye with a Cream Eyeliner. A cream eyeliner will widen the eye and is essential for the doe-eyed look that 60s eye makeup achieved.

3. Starting where your lashes begin, use your Liquid Eyeliner to trace the lash line. Instead of finishing with the usual feline flick, follow the curve of the eye all the way down to elongate it.

4. Now for Twiggy’s famous cut crease. A life hack for those with hooded eyelids is to avoid the crease completely and instead trace above it, where the bone of your eye socket lies. This is a cheat for exaggerated, deep-set eyes.

5. Once you’ve found the bone of the eye socket, make three dots tracing the arch you will make; one at the start, one in the middle and one at the end.

6. Connect the dots using the ‘Velvety Chocolate’ end of the Shadow Stick to make an arch that reflects the natural curve of your eyelid.

7. Here you can choose whether you want to go for the full 60s eye makeup look and stick to the original, harsh line. Alternatively, you can blend it out for a more subtle look.

…and for the finishing touch, we want big, bold eyelashes. 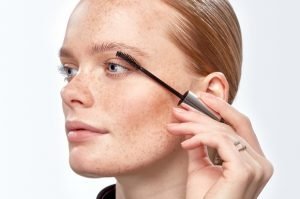 8. The bottom lashes are just as important as the top here, so going in with the Eyeko Lash Alert Mascara, double coat each lash for extra length and definition.

9. Do the same for the top lashes and carefully rotate the brush backwards on itself at the tips of your lashes to encourage a curl. Apply some gel liner at the tips for extra exaggeration.

How to get a 60s hippie eye makeup look

The other makeup look that epitomized self-expression and free spirit during the 60s was of course, hippie makeup. Instead of Twiggy’s monochrome eye, think of the bright, shimmering pastels that cover the faces of festival-goers. Similar to mod makeup, the hippie makeup of the 1960s featured a natural base and brows, so let those freckles be seen and focus on the eyes for now. 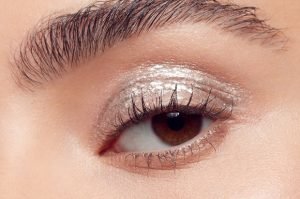 Today’s decade comes with a flexibility which allows us to pick and choose parts of previous style trends. The 60s look as a whole certainly had some questionable features. Fortunately, we can leave the Beehive to one side for now and stick to the more appealing aspects- the dramatic cut-creases and pastel lids of 60s eye makeup.

Josie is an Online Beauty Editor with a Bachelor of Arts degree in Journalism. Her passions involve all things skincare and beauty and in her free time she likes to travel, read and get her beauty sleep.

Cocoa Edit: how to create the natural smoky eye

How To Shop Safely In-Store | Eyeko